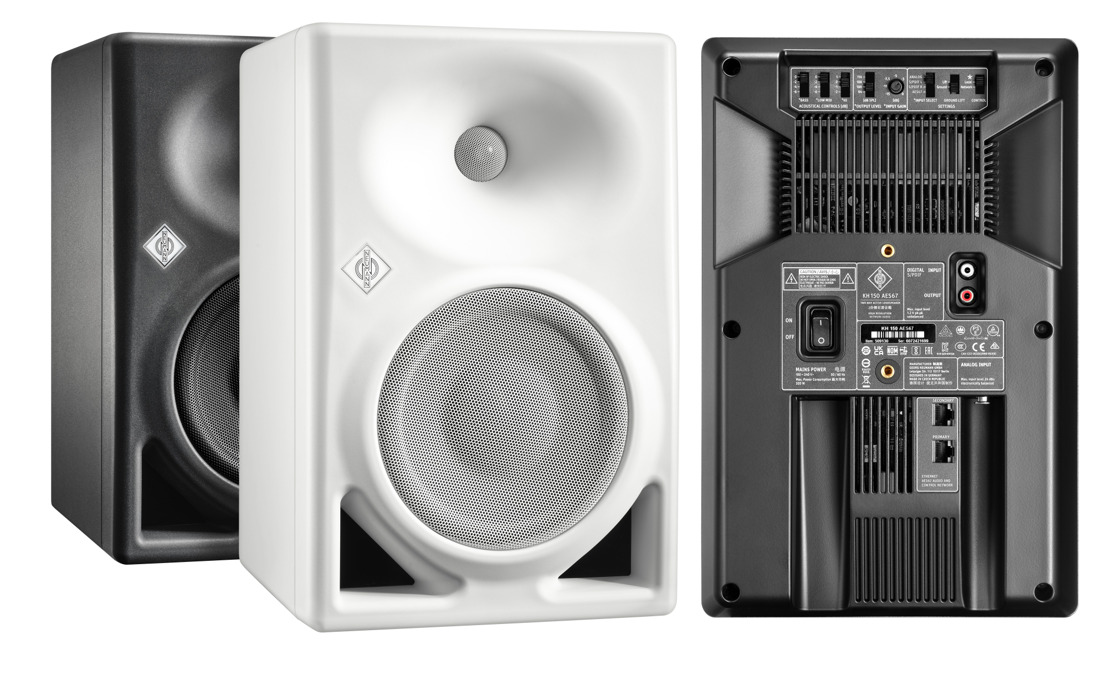 Old Lyme, October 6, 2022 – Sennheiser Group (Booth 329 / Demo Room 3D01) will be presenting its recording tools on October 19th & 20th during the 153rd AESNY Convention at the Javits Center. Highlights on display from Neumann.Berlin include KH line monitors with the recently released KH 150, NDH 30 open-back headphones, and the highly anticipated reissue of the legendary M 49. Meantime, Dear Reality will showcase its spatializer, monitoring and mixing plugins.

Neumann will feature various demonstrations over the course of the exhibition. Experience how Neumann microphones, loudspeakers, electronics and software are able to form premium systems, where each component complements and improves the sound quality of conventional and immersive productions.

DSP-Powered Studio Monitor KH 150
​While having a compact format, the KH 150 surprises with outstanding clarity, even at high volume, and extended low-end. Recommended for all applications from broadcast to music production, including styles that require a powerful, deep low-end and/or elevated listening levels such as urban music, EDM, and film scoring. Other monitors featured will include the KH 80, KH 120, and KH 750.

NDH 30 open-back headphone
​Following the success of the award winning NDH 20, released in 2019, the NDH 30 is a reference-class studio headphone for the most demanding mixing and mastering applications in both stereo and immersive formats. Attendees will be able to do a side-by-side comparison of the NDH 20 and NDH 30.

Neumann M 49 V
​Microphone connoisseurs around the world have awaited a reissue of the legendary M 49 for decades. The M 49 V is a reissue according to original specifications and design documents from the Neumann archive with the classic K 49 large diaphragm capsule that has been manufactured by Neumann unchanged since the 1950s. The M 49 V will be available for attendees to demo at the booth as well as U 87 Ai, U 67, TLM 49 and M 149 Tube microphones.

With dearVR PRO, the state-of-the-art binaural, Ambisonics, and multi-channel spatializer, sound engineers have a full 360° immersive panner at their fingertips, placing the listener at the center of sound in 46 vivid virtual acoustic environments. Both spatializer plugins, dearVR PRO and the entry-level variant dearVR MUSIC, now include the patented Sennheiser AMBEO Clarity algorithm for next-level binaural productions with less audible frequency coloration.

About the Sennheiser Group
​Building the future of audio and creating unique sound experiences for our customers - this is the aspiration that unites the employees of the Sennheiser Group worldwide. The independent family-owned company Sennheiser was founded in 1945. Today, it is managed in the third generation by Dr. Andreas Sennheiser and Daniel Sennheiser and is one of the leading manufacturers in the field of professional audio technology. Within the Sennheiser Group are Georg Neumann GmbH (Berlin, Germany), manufacturer of studio-grade audio equipment; Dear Reality GmbH (Düsseldorf, Germany), known for its binaural, Ambisonics, and multichannel encoders with realistic room virtualization; and Merging Technologies SA (Puidoux, Switzerland), specialist in high-resolution digital audio recording systems.