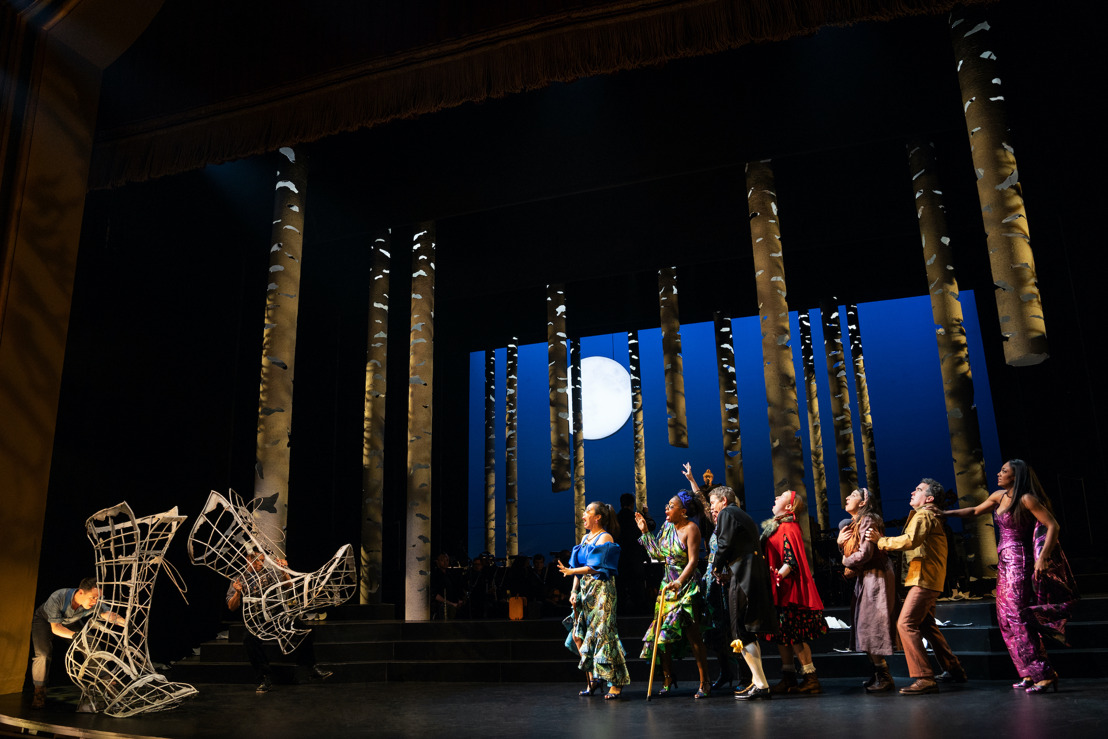 New York, November 10, 2022 – For more than 40 years, renowned Tony-Award winning sound designer Scott Lehrer has been helping big-name theatrical productions project and refine their sound, working alongside Broadway's finest musicians and musical directors. While he also does sound design for off-Broadway and regional productions, Lehrer has worked on many top-tier Broadway productions including Chicago, Chaplin, The Piano Lesson, Plaza Suite, Music Man, and most recently Into The Woods at the St. James Theatre. Recently, Lehrer began using Neumann's new Miniature Mic Clip (MCM) system on Into The Woods and Parade at City Center — with excellent results. ​ ​

Into The Woods, which features music and lyrics by the late Stephen Sondheim, premiered on Broadway in 1987 and has enjoyed very successful revivals, including a recent limited engagement as a concert at the New York City Center's 2022 Encores! series — which resulted in its current run of performances at Broadway's St. James Theatre. The multiple Tony Award-winning production, whose storyline is anchored on Grimm Brothers fairy tale plots, features a live 15-piece orchestra with woodwinds, brass, percussion, and piano.

"Generally, the whole purpose of the City Center Encore! series is to do one week runs of older musicals that audiences wouldn't necessarily get to see for one reason or another," explains Lehrer. "Back in the '20s, '30s and '40s, American pop music was Broadway. In those days, Cole Porter, George Gershwin and Irving Berlin were writing for the theater, and to hear those songs in their original context is a really interesting thing to do." Lehrer, who has been doing sound design for the Encore! series at City Center since 1994, first deployed the Neumann MCM on the first violin and bass during performances of The Music Man starring Hugh Jackmanearlier this year. "I told the musicians, 'Look, I want to demo these new mics — this might be a big breakthrough for us'," he says.

Overall, he was impressed with the sound of the microphone: "The MCM sounded really good; the low end on the bass didn't sound bumpy, the high end on the strings sounded shimmery without being overly bright, and the midrange on the violins didn't sound aggressive." Having occasionally used a competitor's clip on mic on orchestral instruments for about a decade, the clip system on the Neumann MCM was also impressive: "The violinist was so happy with these clips because it is a less intrusive way to connect the mic to the instrument." Since Lehrer was pleased with the build quality, the audio performance and the clipping system, he proceeded to try them on Into The Woods and has been using them ever since.

"For the orchestra, I always try to use the best combination of high-quality microphones and I have a lot of choices. But the shows are getting louder and louder, and I just can't get the isolation I need anymore," Lehrer explains. "The problem with many conventional mics is that you must have them 10 - 12" away from the instruments, and this can create too much bleed."

As far as isolation is concerned, he says that the Neumann MCM is a gamechanger on Into The Woods and other productions he is working on: "What you gain in isolation with the MCM is big. In many modern theatrical productions, the amount of stage noise can be huge with moving lights and projectors on stage. When you have to bring up a big string section using distant miking techniques, you can risk raising the noise floor of the PA by as much as 10db with all the background noise. The practical benefit of using the Neumann MCM is huge, and I think they sound great."

Lehrer says that Neumann's new product design is inspiring, and will open creative options for sound design in the theatre. "I think it is part of the Sennheiser and Neumann culture that build quality is always going to be great," he concludes. "The microphone build is super solid, the frequency response is really flat, and it has really good off axis rejection. That's why for the first time I am feeling like it is OK to use clip on microphones for string sections!"