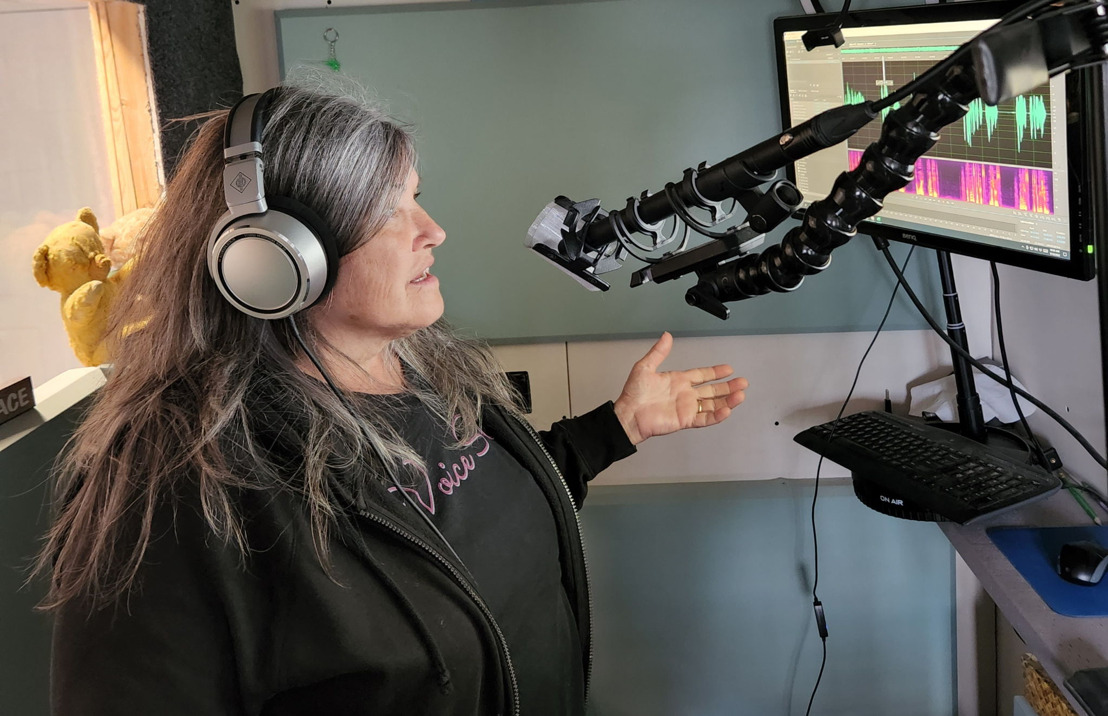 Old Lyme, September 21, 2022 – For those working in the highly competitive world of voice acting, the right microphone choice can either be a career steppingstone or a stumbling block. With people consuming more content than at any time before — and across more communication mediums than at any other point in history — audio quality has the potential to make or break a message.

While no single microphone will suit every single voice, factors such as frequency response, capsule design, polar pattern, and sound pressure level (SPL) can provide valuable information on how a microphone is likely to perform in a given circumstance — in this case on a human voice. Aside from microphone specifications — which are readily accessible by most manufacturers — in-person demos are your best bet.

“Uncle” Roy Yokelson is an Emmy award-winning sound designer, recording engineer and producer who has been in the voiceover industry for more than 30 years, and has built an impressive list of credits for his work in a wide variety of media. “I’ve sat through good sessions and bad sessions, I’ve learned from the best and worst, and clients really just want good communication,” he says. “Now, I believe that everybody’s home studio needs to be broadcast quality.”

Yokelson’s main focus is on coaching other voiceover artists, as well as producing demos and setting up people’s home studios. “I have many microphones because when I produce a demo, I want every spot to sound unique — so with every script, I will try a few different mics,” he says. In general, he believes that the microphone should make it easier for you to sound like yourself. “The microphone should be able to capture your voice as it actually is, without any fancy outboard gear or effects.”

He counts the Sennheiser MKH 416 shotgun mic among his favorites and says that it can be particularly useful in rooms with less than ideal acoustics: “Since it is super-cardioid/lobar, any off-axis sounds will be rejected; this can be useful in preventing unwanted room noise.” In the large-diaphragm microphone category, he’s a fan of the Neumann TLM 102: “This is one of my favorite microphones, and I’ve recommended it to many people. It has an extremely natural sound that can work on a wide range of voices.”

Cliff Zellman and the ‘other 49 percent’

While nothing can substitute for great talent behind the microphone, Cliff Zellman, who produces custom demos for voiceover professionals, says that audio quality counts in this business: “When auditioning, I would say that 51 percent of the deciding factor is on performance but the other 49% could be on audio quality,” he says. Zellman, who started his career in LA as a rock ‘n’ roll engineer before finally landing in automotive-related voiceover work many years later, says that for aspiring voiceover artists, it is all in the delivery: “It is about interpretation, acting, ownership of the copy — reading with confident fluidity from the beginning to the end.”

That said, Zellman explains that in 2022 voiceover artists must also understand at least some degree of audio production. “These days, the vast majority of my clients expect my voice talent to be working from home, so a general knowledge of audio is becoming increasingly important.”

When choosing the appropriate microphone, Zellman says that some considerations may include your budget, your recording environment, and what kind of voiceover work you are doing. “A Neumann U87 will pick up every detail, while a shotgun microphone like a Sennheiser MKH 416 will pick up a narrower sound source given its super-cardioid/lobar pickup pattern.”

Raising the ceiling on wireless value for performance

Compared to Yokelson and Zellman, Canada-based Bev Standing is the relative ‘newcomer’ to the trio. She says she routinely works on commercials that appear on television and online, as well as e-learning videos and on-hold messaging. “I didn’t even see voiceover work in my world until 2008,” she says. “I took some courses, then I got an audition and discovered the voiceover community, and it grew from there.”

“One day, somebody told me that my mic sounded like a handheld recorder, so I began to focus more on my gear. After I felt more established in the industry, I eventually upgraded to a Neumann TLM 102, which I still have and use. In many cases I now use a Sennheiser MKH 416 — I hear a more natural voice that sounds like myself.”

Making the most of monitoring with Neumann NDH 20

While capturing a high-quality, natural sounding recording is always a paramount concern in voiceover work, proper monitoring and playback are also critical. To monitor, evaluate and edit their recordings, Yokelson, Zellman and Standing all depend on the Neumann NDH 20 closed-back studio headphones — which deliver isolation, clarity and detail. “In my position, it’s really important to know what I hear,” says Zellman. “The Neumann delivers all the detail I want and pairs wonderfully with my studio monitors. Plus, the fit is great, and they are built like a tank.” When Zellman is working on the road, he appreciates how the NDH 20s fold and can neatly be packed and stored away. “In my work, I really need tools that I can count on and with Sennheiser and Neumann, I know I am in good company and working in the upper echelon of audio production.”

About the Sennheiser Group

Building the future of audio and creating unique sound experiences for our customers - this is the aspiration that unites the employees of the Sennheiser Group worldwide. The independent family-owned company Sennheiser was founded in 1945. Today, it is managed in the third generation by Dr. Andreas Sennheiser and Daniel Sennheiser and is one of the leading manufacturers in the field of professional audio technology. Within the Sennheiser Group are Georg Neumann GmbH (Berlin, Germany), manufacturer of studio-grade audio equipment; Dear Reality GmbH (Düsseldorf, Germany), known for its binaural, Ambisonics, and multichannel encoders with realistic room virtualization; and Merging Technologies SA (Puidoux, Switzerland), specialist in high-resolution digital audio re