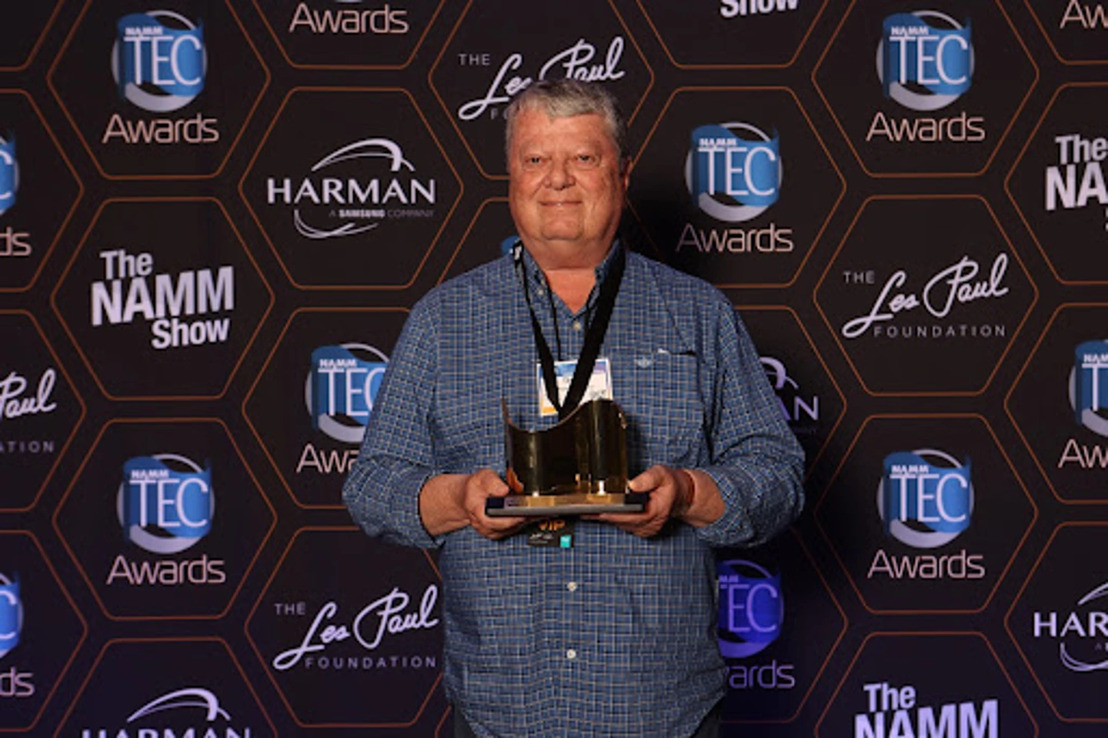 Anaheim, June 23, 2022– Audio specialist Sennheiser was recognized by the NAMM Foundation with an Outstanding Technical Achievement award in the category of ‘Wireless Technology’ for its Evolution Wireless Digital (EW-D) system at the 37th Annual TEC Awards. Also, the legendary Neumann M 50 condenser microphone was inducted into the TEC Hall of Fame. Thom Salisbury, Business Development Manager, accepted both honours on behalf of the group.

“We are grateful to the NAMM Foundation and our customers around the world for recognizing Evolution Wireless Digital," commented Oliver Schmitz, Manager, Music Industry Portfolio at Sennheiser. “Evolution Wireless Digital is able to deliver impressive versatility and app-based ease of use at a very attractive price point – this is appealing to a number of audio applications in the pro audio and system integration markets.”

Thom Salisbury also accepted a TEC Hall of Fame Award on behalf of Neumann.Berlin for its legendary M 50 tube microphone, which was presented on behalf of the NAMM organization by industry media veteran George Petersen. “Neumann is pleased to once again be included in the TEC Hall of Fame,” commented Neumann CEO Ralf Oehl. “Since its introduction in 1950, the M 50 has played a pivotal role in capturing orchestras around the world with sonic integrity and unsurpassed musical character.”

Raising the ceiling on wireless value for performance

Sennheiser's Evolution Wireless Digital microphone systems work on UHF frequencies, featuring the company's latest technology in digital wireless transmission along with the ability to set up multiple wireless channels within a snap. Users can enable automatic frequency setup via the Smart Assist App for even greater accessibility and convenience. As intermodulation is negligible, the system is able to simply stack frequencies in an equidistant grid – making EW-D an efficient wireless tool in today’s busy spectrum.

The Neumann M 50, which was introduced in 1950, was instrumental in the development of the Decca tree recording technique. Its open-mesh head basket houses a small-diaphragm capsule flush-mounted in a small sphere, and its unique acoustic properties are ideally suited to orchestral recordings.

The high-resolution images accompanying this media release can be downloaded here.